Scale-out your DB on ARM-based servers

Today, I think we witnessed a small sign for a big revolution...


"Dell announced a prototype low-power server with ARM processors, following a growing demand by Web companies for custom-built servers that can scale performance while reducing financial overhead on data centers"

In short, ARM (see Wikipedia definition here) is an architecture standard for processors. ARM processors are slower compared to good old x86 processors from Intel and AMD, but have power-efficiency, density and price attributes that intrigue customers, especially in our days of green data centers where carbon emissions is carefully measured, and of course, cost-saving economics.

Take iPhones and iPads for example, those amazing machines do fast real-time calculations with their relatively powerful ARM processors (Apple A4, A5, A5x), yet are extremely efficient with regards to power and stay relatively cold. See picture (credits to Wikipedia) of the newest Apple A5x chip, used in New iPad: 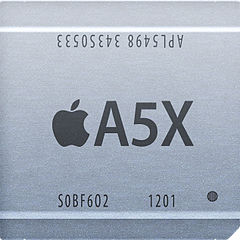 Today when true big web and cloud players build their data centers the question is not "how big are your servers?" but rather "how many servers do you carry?". Ask Facebook, Google, Netflix, and more to come... For those guys, no single server can be big enough anyway, so they're built from the ground up for scaling-out to numerous servers and performing small tasks, concurrently. Familiar with Google's Map-Reduce and Hadoop? So - why not parallelize on ARM based servers? Can you imagine 20 iPads, occupying the same space as a 1U rack-mounted "pizza" server, but with 5x parallel computing power, 20x electricity power efficiency, and 100x cooling costs efficiency?

So what all this has to do with database scalability you ask?

With this quote from the article, I don't agree: "But ARM still cannot match up chips from Intel and AMD for resource-heavy tasks such as databases.".

Oh I remember those days when, in every data center in every organization I gave consulting to, I saw the same picture... All machines were nice, neatly organized, tagged, blades, standard racks, mostly virtualized... But the DB? No... Those servers were non-standard, the biggest, ugliest, most-expensive, capex and opex. Why? It's the DB! It's special! It has needs!! Specialized HW, specialized storage, $$$. Those days are over, as organizations' need to save is arriving to the shores of the sacred database. Today, harder questions are being asked, more is being done in commoditization, more databases are virtualized, and the cloud...

Big Data is everywhere, in the web, in the cloud, in the enterprise, databases must scale, scale-out or else explode, it's a hard fact. Databases can be scaled with smart distribution and parallelism, and then can use commodity hardware, can be easily virtualized, and cloud-ified. If distribution is done correctly - the sum is greater than its parts, and the parts in this case can be low end... The lowest of the low... database machines can definitely be ARM based servers, each holds portion of the data, attracts a portion of the concurrent sessions, and contributes to the overall processing.

A database on an iPad? Naa, I prefer breaking another record in Fruit Ninja.
A database on 20 ARM-based servers? If it's 5x faster and costs 60x less in electricity and cooling - then yes, definitely.
Posted by Unknown at 1:39 PM